A week before the second season of Stranger Things started airing on Netflix, we noticed strange things occurring around Oxford Circus, well, stranger than usual! Bunch of mouthbreathers….. 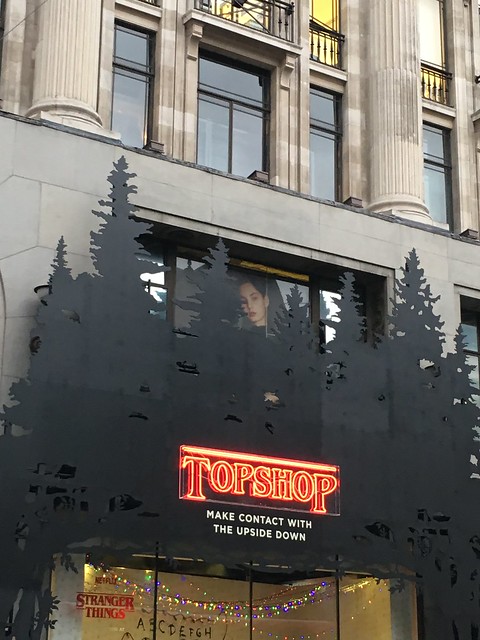 Topshop’s flagship store in Oxford Circus was turned into a fun portal to Hawkins, Indiana as they installed a Hawkins Arcade, Castle Byers, a peek inside Joyce’s living room and viewing the inside of the Hawkins National Laboratory, where you could test your own telekinetic skills on a Coke can. Loved the bikes on top of Topshop’s entrance! 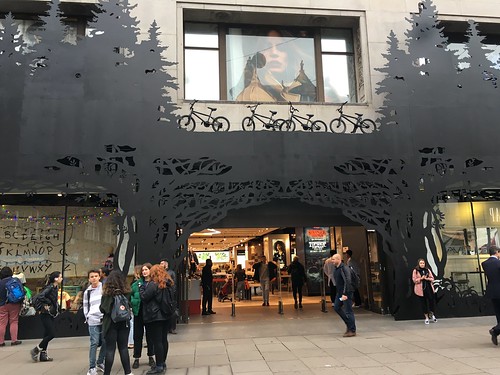 To publicise the breakout hit from Netflix’s new season, Topshop launched a range of licensed clothing and accessories, in collaboration with Stranger Things and Netflix. 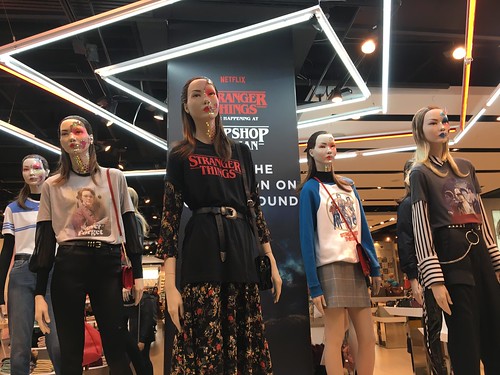 Topshop gave out stickers, keyrings, tote bags to buyers as well as opportunities to win signed shirts.  Fans also could enter to win tickets to an in-store screening of the first two episodes of Season 2 the night before they aired, hosted by Barb herself, Shannon Purser. 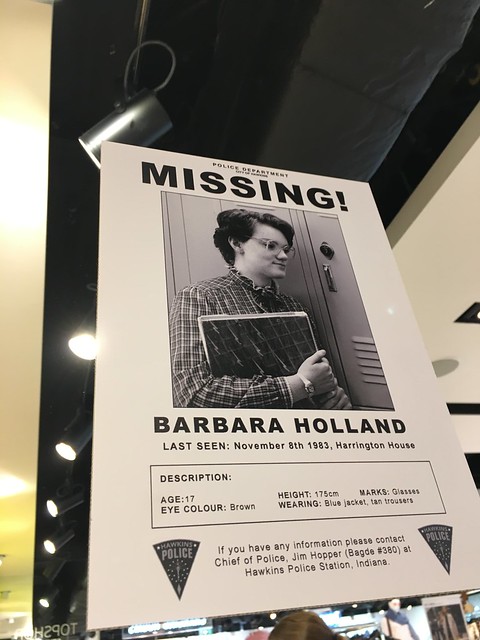 I went along on the first day they opened and marvelled at all the fun installations, talking to staff and seeing people’s excitement at the merchandise and the installations all around the shop. 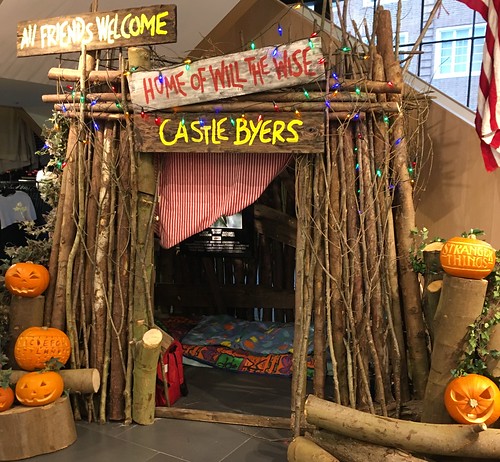 I really enjoyed the  Hawkins High School character lockers, a fantastic bit of mini set design and kudos to whoever put them together! 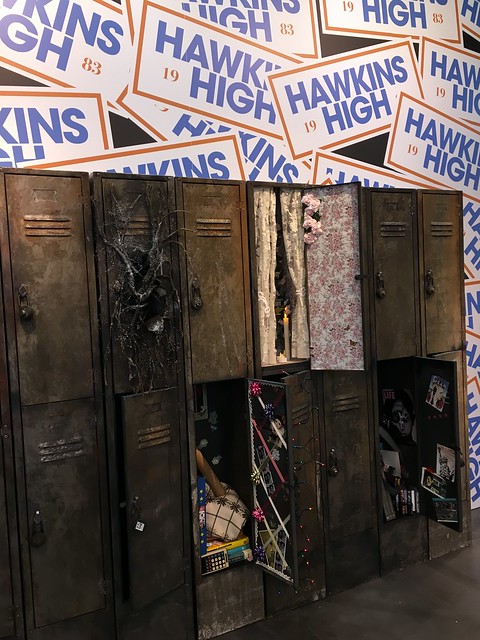 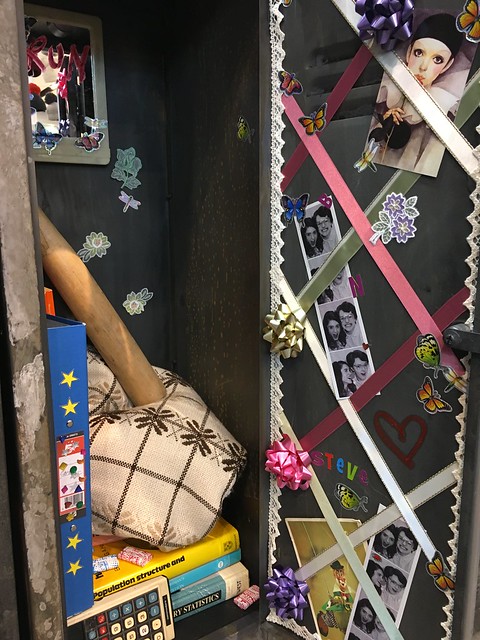 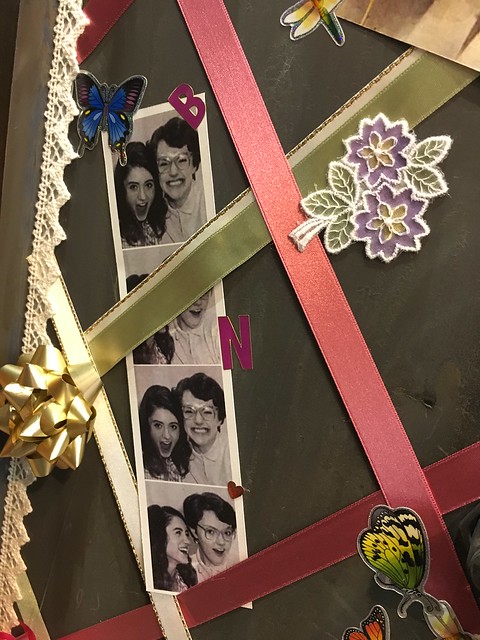 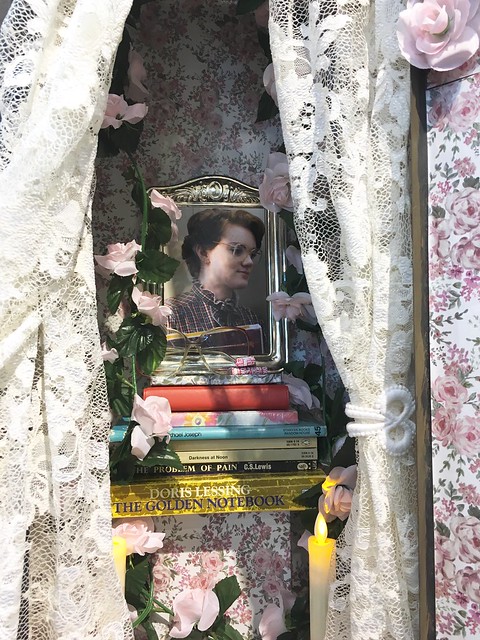 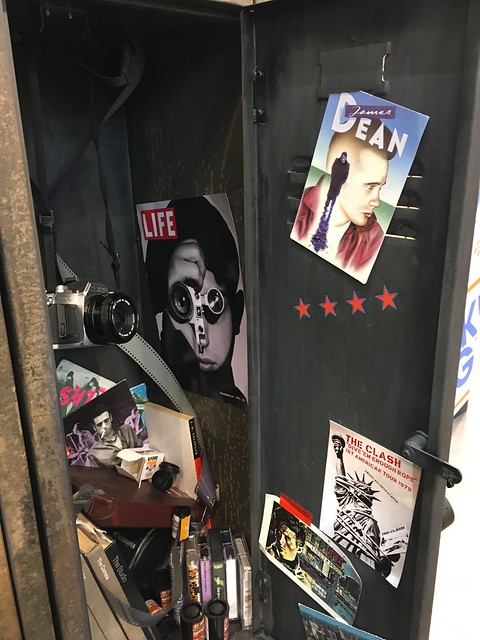 My favourite interactive part was having a chance to play Pac-Man in the Hawkins Arcade alongside other arcade games, I made the most out of my tokens! 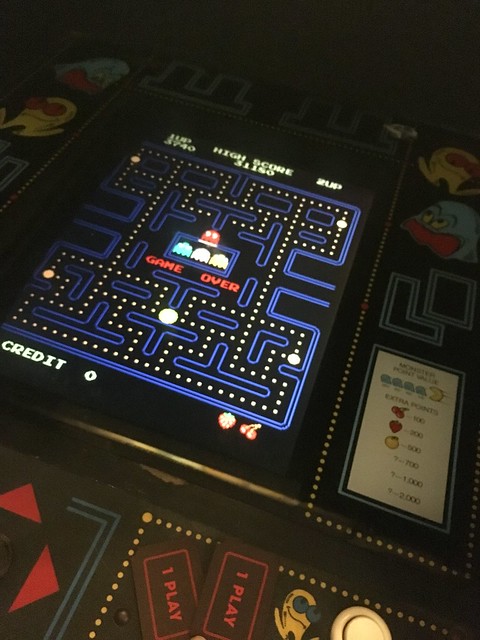 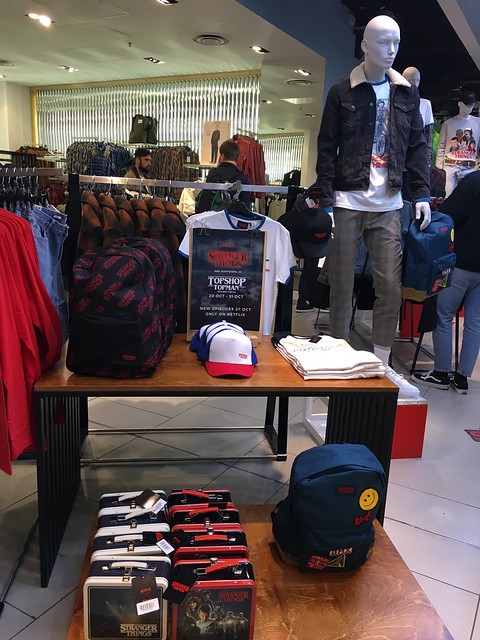 They had retro styled logo shirts, themed Funkopops, lunchboxes, backpacks and some great sweaters. I loved the artwork of the kids on their bikes but they only had it available as a t shirt in a Men’s sizing as the ladies section only had it as a sweater. I knew I wouldn’t wear it as much as a sweater so I picked out the fun retro Hawkins Power and Light shirt as well as a Hawkins Tigers logo shirt! 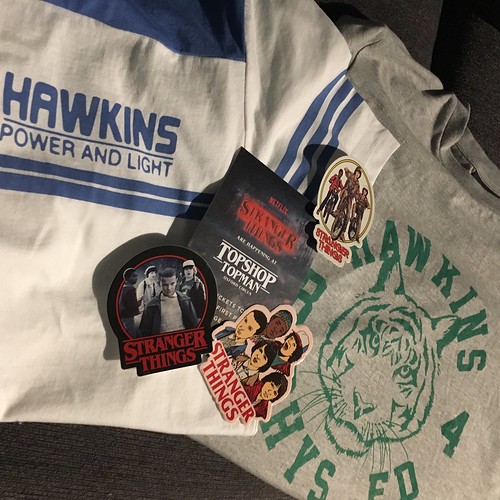 It didn’t stop there as the Underground turned into the Upside Down with artwork and posters all along Oxford Circus. 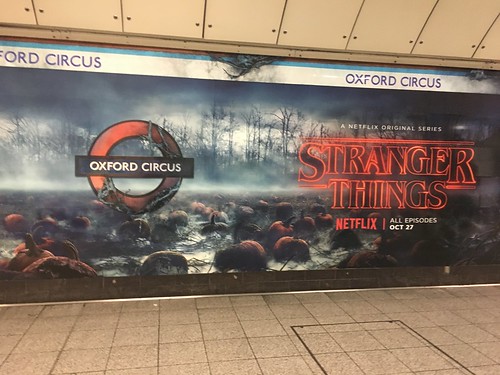 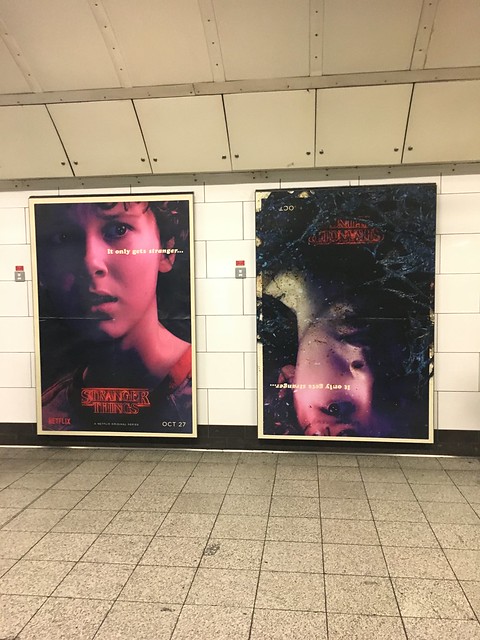 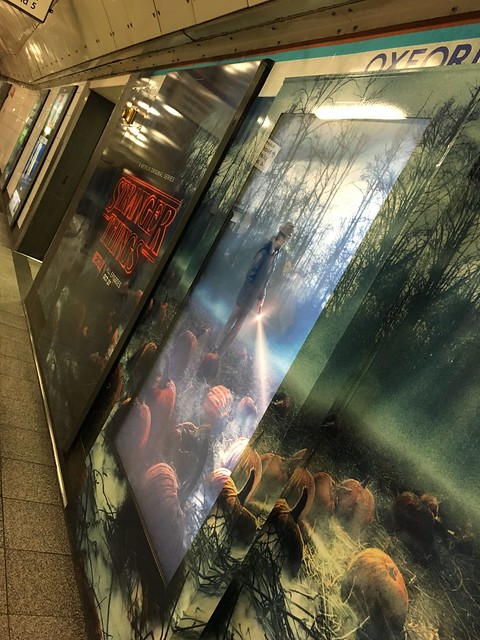 I love seeing fun publicity and marketing tie ins like these and they just help bring a show or film to life for fans who will enjoy it, share it and make it more effective as a campaign. As they had the Lab window to test the telekinetic skills, which was fun for people taking part and watching, 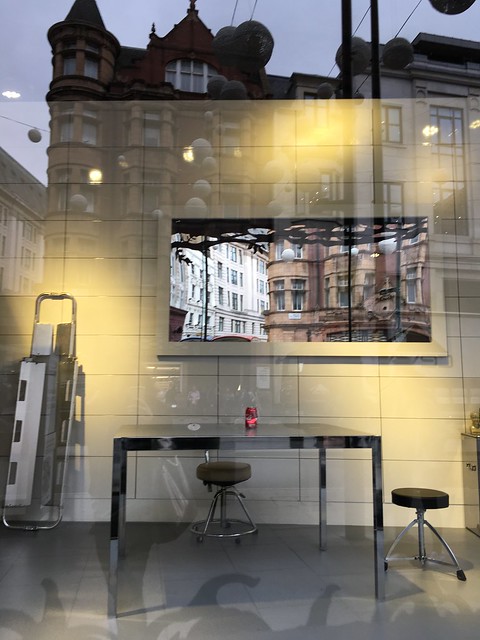 I kind of wished they’d had a photo opportunity in the living room with Joyce’s iconic christmas lights and maybe an axe? 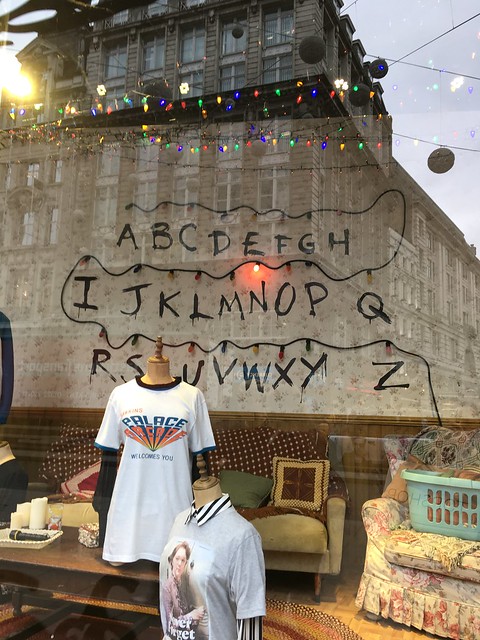 Off to start Season 2, do you have a favourite character? I love Sheriff Hopper! 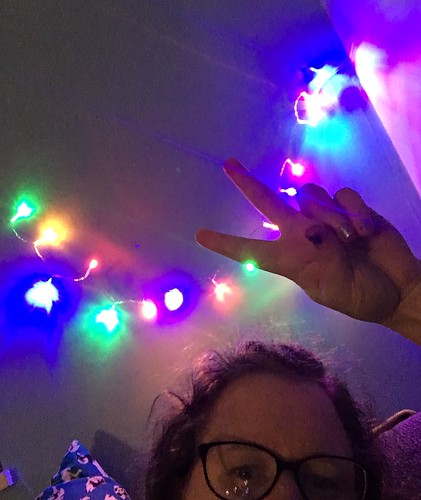